The official site of Spike - founder of The Quireboys, solo artist, songwriter and storyteller. Explore this site for latest news on his solo acoustic dates and forthcoming news on his band The Quireboys.

Those of us who have been regular gig-goers over the years will inevitably have attended a handful of shows that stay long in the memory and are recalled with equal excitement and fondness. In my experience they are usually shows that we would not have expected to be so memorable and so, as we settled down for An Audience with Spike, I don’t think any of us had any reason to believe that this was going to be one of those precious occasions.

Those who bought a ticket for tonight expecting a Quireboys acoustic show are initially surprised but far from disappointed. Joined on stage by the brilliant Chris Heilmann (Shark Island), what we get instead is a guided tour through some of the finest songs and moments in music and a fascinating history of Spike’s long and successful career. He walks casually on to the stage with a cheeky grin on his face and a twinkle in his eye and as he opens with Geordie folk song ‘Run For Home’ we just get a sneaking suspicion that this might indeed be one of those special memorable nights. By the time we reach the first chorus the one hundred strong audience is singing along to every word, and we continue to sing along for the next 2½ hours. Segueing seamlessly into ‘You Can’t Always Get What You Want’ it is clear that Spike’s strident, gravelly voice is in top form as he belts out a tortured Jagger-esque vocal refrain above a beautiful and original acoustic arrangement. I think he may have mentioned at some point during the show that he played with The Rolling Stones (trust me, you had to be there) but we also get superbly crafted original arrangements of ‘Pearl’s A Singer’, Frankie Miller’s ‘Darlin’, Cat Steven’s ‘The First Cut Is The Deepest’ and a delightfully eclectic mix of songs on which he collaborated with the likes of Ray Charles, Willie Nelson and Bonnie Tyler. Very few artists could successfully carry off such a diverse set of songs, but Spike does it with consummate ease and yes, we are still singing along. (he even get us spontaneously singing the jingle from the Cadbury’s Flake advert!). Between songs we see the onstage chemistry and obvious affection between Spike and Chris as he dazzles us with his wit and wisdom with genuinely enthralling stories about his life as a performer and as a family man during which he bares his soul, bringing us to laughter, tears and reflection in equal measure.

We are witnessing not only a mighty talent doing what he loves the most but also a charismatic and magnetic personality that defies us not to be uplifted and take part. Indeed, such is his talent and versatility that this ‘wild glam rocker’ even makes Dean Martin’s ‘Little Ole Wine Drinker Me’ sound like one of the best songs ever written! (Apologies to anyone who likes that song but there’s a personal backstory that we needn’t go in to here!).

By the time we come to the end of the first set we have already been treated to a phenomenal experience that most performers would class as a full show, but not Spike! Fifteen minutes later he and Chris are back. Refreshed by another Apple Juice (again, you had to be there), he opens with an electrifying rendition of ‘House of the Rising Sun’ before moving on to his life with the Quireboys. But these are the band’s songs as we’ve never heard them before, stripped back to reveal their very essence and soul exactly as they were originally written, and elevated to something that is more than the sum of their parts. These are deeply personal versions with the likes of ‘I Don’t Love You Anymore being transformed from a mere rock anthem into a heartfelt memory of personal tragedy that brings a lump to our throats – not that it stops us still singing along to every word! Spike has the audience in the palm of his hand and he can do no wrong. The latter part of the show is, for me, the most poignant and beautiful as he sings songs that are his Mam and dad’s favourites (Indeed, during Lockdown he recorded a CD of these songs as a gift to his family). It is here that he truly bares his soul, wears his heart on his sleeve and shows his genuinely caring human face and we are almost made to feel that we are a part of the family that he so obviously loves dearly. By the time he closes the show with another Stones number ‘Wild Horses’, he has brought the audience to a seated frenzy and our singing has taken on a volume and gusto that would not be out of place at Wembley Stadium!

If this is not the best show we have ever seen in The Waterloo’s illustrious five-year history then it is certainly up there with the top four or five. It is almost impossible to single out a standout moment but, if pushed, I would have to go with his passionate, emotional and tear inducing rendition of ‘Streets of London’ (with the lyric appropriately changed to ’Streets of Blackpool’). There are some people who dismiss acoustic shows by rock musicians as lightweight and uninspiring. To them I say ‘Buy a ticket to An Audience with Spike and he’ll show you something that’ll make you change your mind’.

Review by Tony Barnes for LouderThanWar.
Pictures by Louise Newiss.

Footnote: So much did Spike himself enjoy the experience that he immediately added a second date on the Sunday afternoon and he will be returning to the venue on September 19th to film the entire show for a forthcoming live DVD release. If you missed the first two shows I would strongly recommend that you catch the September date. Trust me, you’ll thank me for it!

"There are some people who dismiss acoustic shows by rock musicians as lightweight and uninspiring. To them I say ‘Buy a ticket to An Audience with Spike and he’ll show you something that’ll make you change your mind’" 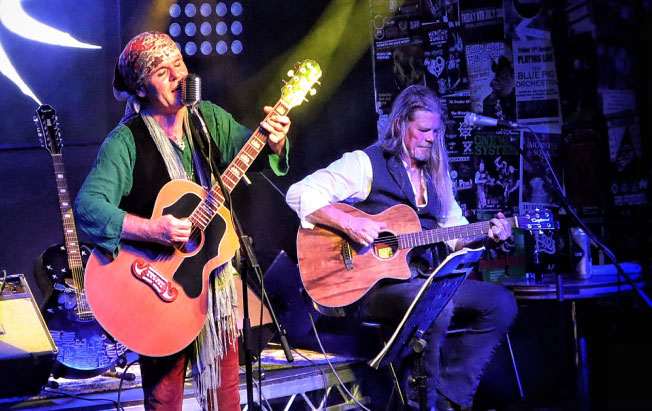 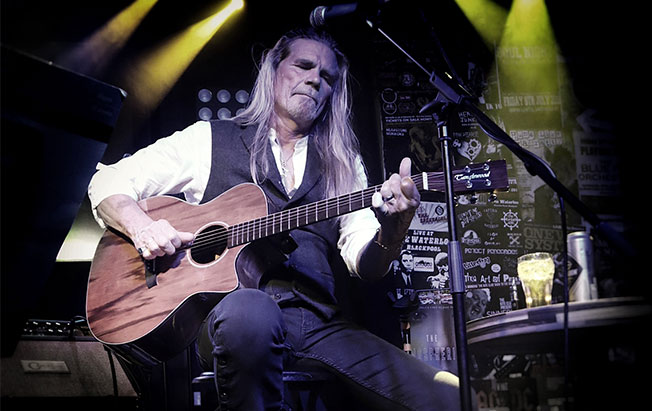 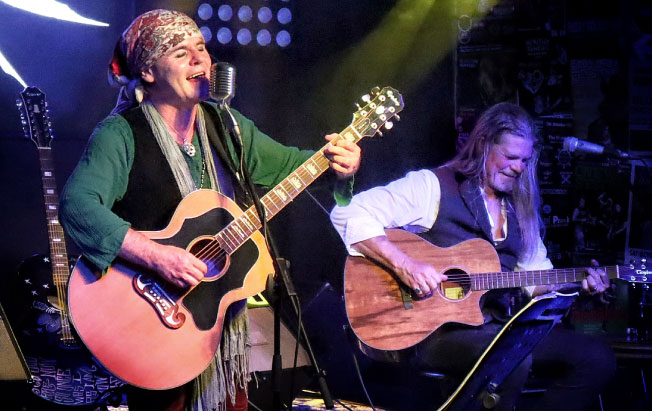 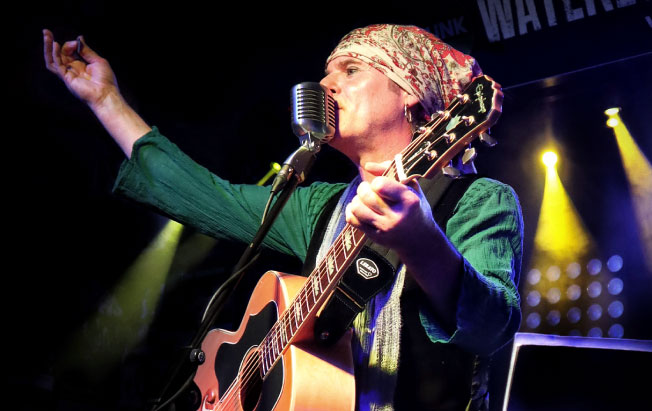 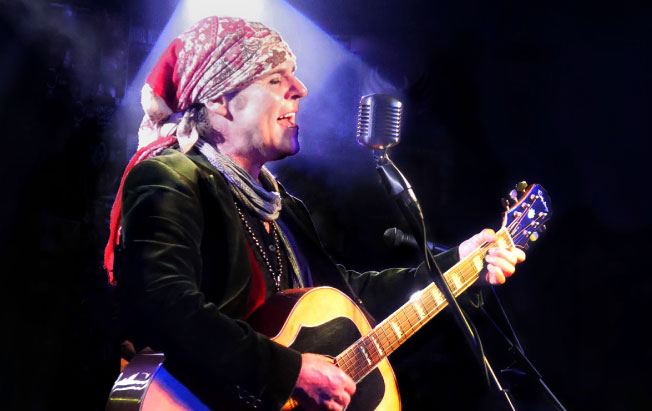 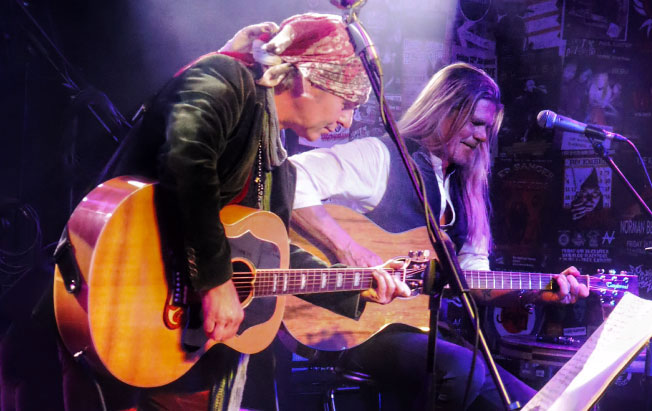 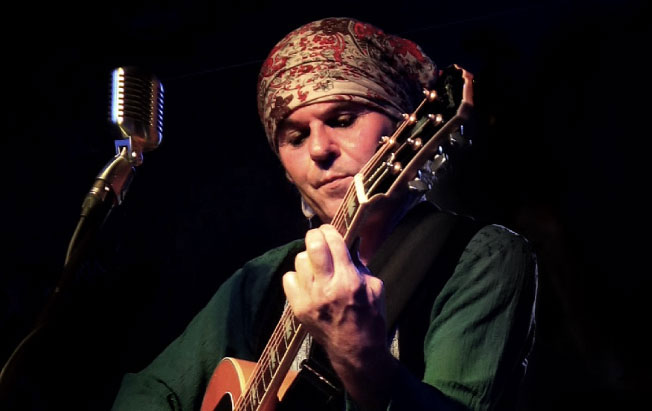 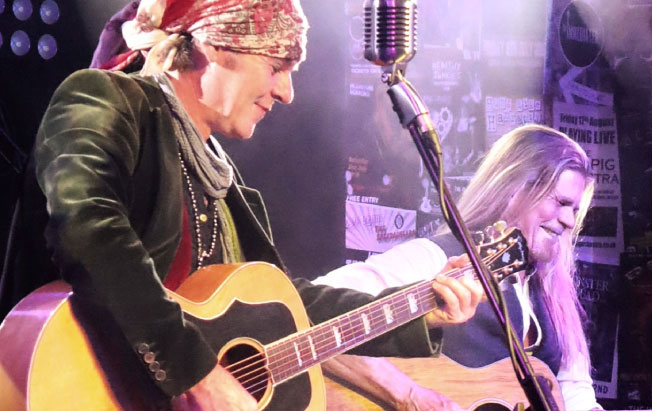 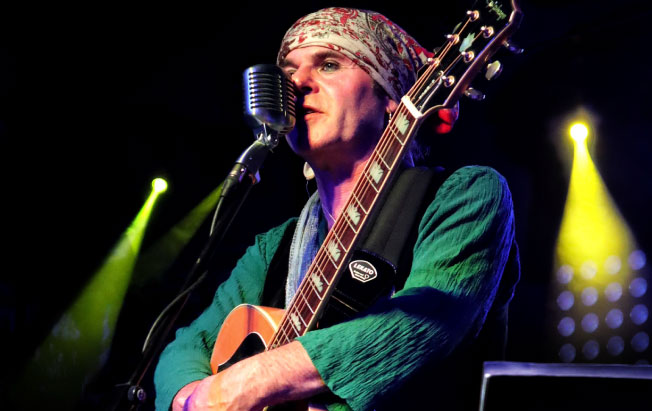 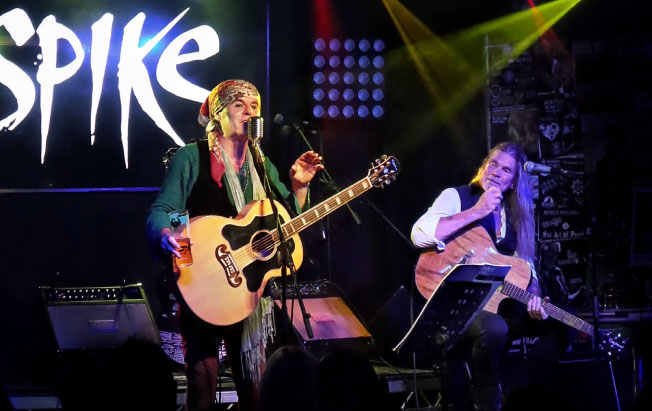